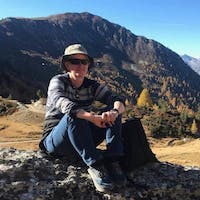 I got very stuck on Day 19, but couldn't let it go. I kept having great ideas for improving the solution to part 2, but couldn't get it to run fast enough to find the solution. After talking to a friend I finally solved it on Christmas, but then had family time and needed a break from AOC -- and then my country was falling apart.... The good news is that my grandmother recovered from COVID... and promptly broke her hip. But she's recovering from that. It's been an eventful few weeks.

So I'm finally back to completely the advent of code, but at a more relaxed rate. My goal is to complete one AOC day per week. I may well do more than that, but I'm balancing other responsibilities, so I'm keeping my goal attainable. I do want to complete all the puzzles, so this gives me the push to do it.

Okay, Day 19 Monster Messages.
Part 1 is pretty straightforward. We read in a list of rules, followed by a list of messages. We need to find out how many messages match Rule 0. Rule 0, of course, relies on Rules 1, 4, and 5, Rule 1 relies on Rules 2 and 3.. etc.

So, here's my main routine:

First, we read in the data, then make a dictionary for all the rules, then create all possible combinations and compare with the messages to see which match.

Making the rules dictionary just requires a bit of parsing.

Creating all the combinations is a little clunky but works. I set up a queue and add Rule 0. As Rule 0 relies on Rules 1 and 5, those get added to the queue as Rule 0 is processed, then the same process is carried out for Rule 1, then Rule 5, etc:

For more details on how the rules are processed and how ors are dealt with, see my Github.

As you look over the list of messages, you realize your matching rules aren't quite right. To fix them, completely replace rules 8: 42 and 11: 42 31 with the following:

This small change has a big impact: now, the rules do contain loops, and the list of messages they could hypothetically match is infinite. You'll need to determine how these changes affect which messages are valid.

So now the rules depend on themselves, creating an infinite solution space. This is the part that I banged my head against for days.

Narrator: It did bog down.

Me: This is going to require recursion, isn’t it? Ugh.

Narrator: Actually it did not.

I originally used a list to keep track of the rules, lists are slow, so I switched to a python queue instead to speed things up.

This helped, but not enough. More optimisation followed.

After 3 days I went back and read the instructions again. The part where it said 'don’t make a general solution'. I started a working through the rules on a sheet of paper (I can't find that sheet or I would include a photo of it here).

This lead me closer and closer to a solution, but it was still too slow to converge.

Ah-ha! I had all the pieces, but hadn't quite put it together. Here's how I did it:

Then Part 2 is solved by:

Full solution for Day 19, including a few of my missteps, is on Github.